As you may have noticed by now, I do enjoy going to the restaurant – a lot! This is not so much because I don’t like cooking (I do!), but more to relax and enjoy a fine moment in good company. This is of course not all too well for my financial situation and for my fitness, but it allows me to have quite a bit of experience that allows me to quickly grasp whether or not an establishment suits my expectations (or not), and just simplifies and optimizes my day-to-day life :).

With hardly any noticeable marketing running, a few restaurants opened up – in the dark of the night – in our local french supermarket (AUCHAN) in Kirchberg, and only slowly did a certain awareness grow about the place within my usual circle of fellow eaters. So a short while back, 2 buddies of mine joined me for a first test run of the gallery (shopping-mall style, “all hail the US”), and this is how I remember that night.

Whilst having drinks in the mid-section we discussed which restaurant we should choose, and after discovering that the local Mojito’s cost 12€ a piece (!), we thought it could only get better, and launched towards that Beefbar, “exclusively only available in Monaco, Nice, Moscow and now Luxembourg”.

Really quite empty, we had discussed whether or not restaurants in the gallery seemed profitable, and when we told reception there were 3 of us, and she said she had to check whether there was a table for us (all the while with literally dozens of tables available), we had our first hunch as to why the tables might not be filled. Reluctantly, we followed the waitress then to take our seats. I ordered a Battin and the gentleman asked/corrected me saying: “Battin Gambrinus” – yay, I did remember the full name of the beer, thank you very much.

Seeing the prices of the dishes, I decided against starters, but my 2 friends went for a plate of tuna sashimi, which was served in a pleasant way, but according to them, had no taste of tuna anymore; the slices were each separated by a slice of lime, and this had become the main taste of the fish they told me – I wonder if the cook ever tasted it before. Then, I noticed their wasabi was actually almost white, and Chris confirmed to me it was actually frozen. Now I may be a bit of a “farmer” that knows not of this, but jokingly I asked the same gentleman if the wasabi was possibly meant as an icecream. He then very seriously said yes, they forgot to add spoons. Sometimes, my silly jokes bite me back in the ass with people joking back to me, but the guy returned with two spoons and left us again. (If anyone ever finds out anything about wasabi-icecream, please do tell me?)

We were then served our main dishes, and I remember thinking to myself that it was neither looking to be 400gr, nor “blue”, and I just went through the dish unhappy. Don’t get me wrong, the meat was really quite ok, but it wasn’t all as extraordinary as you’d expect it to be from a restaurant that claims to be the best in that.

I also noticed several waitresses and waiters going around tables and removing all sorts of very small pots: “let me remove that for you”. At first it seems attentive, later on, it only seems like a thing to keep them busy, and disrupts any personal conversations you may want to have…

The worst was when Chris finished (and it was also quite partly my fault for not noticing earlier) and he asked whether my meat had been cooked according to what I had wanted. When I told him it had not been, he said his was actually blue and much larger than expected, and we both realized the waiter had mixed our plates. Great.

They then served coffees with chocolates that were branded Beefbar, but tasted old, and the bill came as a shock to us with 224€ (64 for the wine). This leaves us with more than 50€ per person, for an average to low experience, which in my opinion is severly overpriced!

When we decided to just get out, and have a drink in the overprized mid-section (no more Mojito’s though), we found out the bar actually closed at 2245 (and not as posted everywhere: 1AM).

What can we learn from this?

The main issue for me though resides in the strategic planning of this. At what point in time did someone think that investing lots of money (and I mean: LOTS), in expensive restaurants, in a supermarket, in Luxembourg, was a good idea? Let’s compare this to the US. You would find mostly fast-foods, food-corners, and maybe 1 or 2 higher range restaurants (but not seemingly top-class). Who in their right set of mind would think: let’s go and have a gourmet meal at the supermarket? Auchan surely needed more food-places, I totally agree, and it looks awesome, but I have no idea how a place like that could ever be profitable, even if service improved considerably. (I gave 2 stars as the beef was satisfying and as the place really does have a gorgeous look) 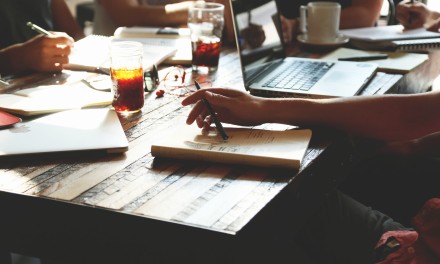